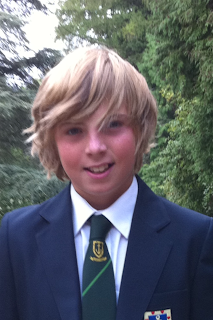 Scott has decided to join us for the day on his Shadowing Day from his Secondary School.

Once settled in at the office with his first Fanta of the day, (having already helped on a delivery and collection with his Dad)
We asked him to help us in producing a permanent area directional sign to be used in the Windsor area. (we dont think for the Queen)

Firstly starting with an Aluminium Blank. 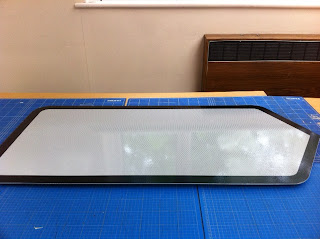 We cut the required lettering on a computer with a plotter. The black vinyl then had to be weeded. This means you have to remove all the unwanted vinyl to just leave the lettering and numbers that we needed for the sign. 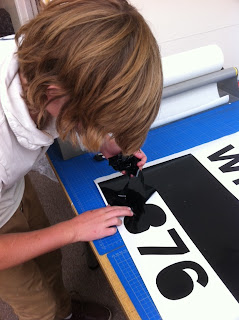 After the vinyl letters were visable we covered them with application tape ( sticky backed paper) we then applied pressure to the application paper so that the letters were then transfered to the paper. 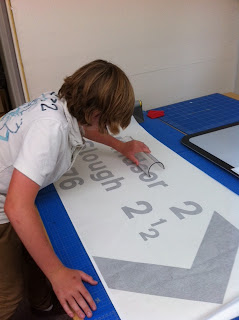 We then applied the lettering and numbers to the aluminium blank. All that was then left to do was to remove the application tape.
GOING 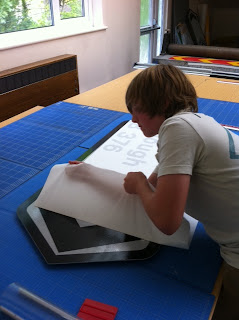 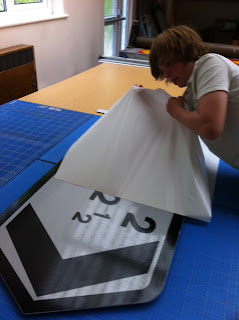 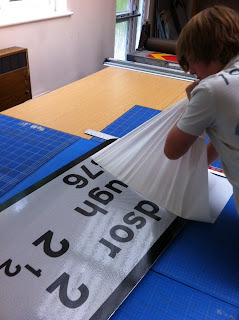 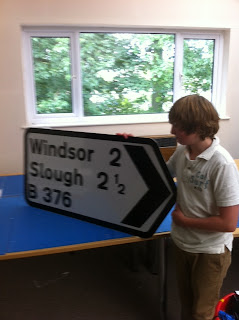 One new sign ready for the Highways of Windsor!
Posted by Street Furnishings at 08:14 No comments: